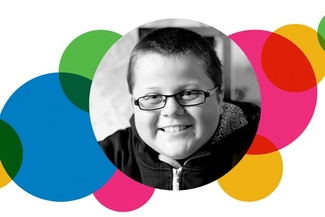 Help Harry Help Others will benefit from a festive donation this year as the NEC and Vivid Experience, who are teaming up on a spectacular range of Christmas parties at the Midlands venue this December, have confirmed that their in-show fun casino profits will be donated to the Birmingham-based charity.

Harry Moseley, who started the Help Harry Help Others campaign, became famous when, during his battle with a brain tumour, he raised over £650,000 for research into the disease by making and selling bracelets.

Help Harry Help Others is unique in its efforts to not only help find a cure for Brain Cancer but also in helping children and their families who are affected by any Cancer, and the people who support them. Since Harry sadly lost his battle in 2011, his family and supporters of the charity have continued to make the bracelets that he became so famous for.

Christmas Party World, which will run from 5 December to 22 December inclusive, will take in the entire Hall 12 at the NEC with around 10,000sqm of flexible event space. The 2013 theme is ‘Cirque’ based, where an array of aerial performances will take advantage of the NEC’s 10m internal height.

Richard Longhill, Managing Director of Vivid Experience: “We’re delighted to confirm that all of the profits from our fun casino takings at Christmas Party World will be given to the NEC Group’s official charity of the year, Help Harry Help Others.

“The response from local and national businesses to the Christmas Party World concept so far has been phenomenal, and we’ve sold over 14,000 tickets already. We’re confident it’s going to be a real success.”

Georgie Moseley, Harry Moseley’s mum and Chairman of the Charity said: “We at Help Harry Help Others want to send such a massive thank you to the NEC Group and Vivid Experience for their support.

“As a family, Christmas is such a magical time and their support means that for all those families we support who are facing the biggest of challenges we can hope to bring a few more smiles, to ease a little pain and to show them that we all care!”

Guests at the NEC Christmas parties will be treated to a full evening of entertainment and enchanting Christmas theming with dinner by the NEC Group’s multi award winning caterer Amadeus, all set within Vivid’s trademark themed party environment.